Jonathan Barcan will be opening his work at Crown Nine this upcoming First Friday, April 5th from 6-9pm.

He is a multi-medium printmaker, living, as he says, “the cliche” as a waiter/artist/teacher. He once went on a picnic with his fiance in Hawaii at Captain Cook’s Cove. They packed two tall boys of Tecate, spam musubi, and a small bag of fried chicken. He found himself, after hours of kayaking, snorkeling, and swimming, in the center of the ocean thinking, “This is the best lunch I’ve ever had.”

I want to make so many metaphors and similes about Jonathan Barcan. I want to say he is a hummingbird’s heart because it seems as if he physically moves and processes around 1,200 beats per minute. He speaks quickly and decisively, and he steps with a shuffled swiftness. He is transparent, not because of any artificiality, superficial tendencies, or dim wit, but because of his honesty. All the things happening in his head affect his body.

He is open and moving; always in a state of constant creation and influence. For most of the interview, he was ripping up paper into smaller and smaller portions. The pieces neared invisibility at the end.

Jonathan was born in Thousand Oaks, California in 1980. He describes it as a “track house suburban sprawl half an hour north of L.A.” I was imagining, after reading his complex artists statements and viewing work, that he was some sort of child prodigy with a pope-black-smoke or Buddha-like early self-awareness. But, like many greats, he was a late bloomer.

“I didn’t start making art until later than most people. I had been writing up until about 13 years ago, the first piece of art I made was this journal I kept. I filled it up with prose [but]…it became difficult to write, so I started to draw stick figure vignettes intertwined with words. It’s my most treasured personal art object.”

“I thought I wanted to study writing…I very quickly realized during college that writers are douchey, so I switched majors to philosophy, and then after a few classes, I realized that intellectual elitism was more annoying. I was encouraged to take an art class. I went from stick figures to rendering things [accurately]. I was learning so quickly, technically, every class…I transferred to SF State, double majored in Printmaking and Art History. Then, I took a couple years off, got my first studio in the city, went to SUNY Buffalo and got a MFA in Visual Studies.”

“[With respect to medium] I always come back to etching… I found it to be a great combination of drawing, painting, and this sort of tactile sculptural element…scraping the plate itself.”

The paper started to be portioned out, fingernails and pressure, and I asked:

What sense are you most reliant on?

“Seeing and hearing… I’m a total audiophile and a people watcher. I’m surprised I haven’t been beat up by strangers in the city yet, knock on wood.”

What/Who/Where do you draw inspiration from?

“I’ve always been interested in why people are how they are, in a broad way. To answer those questions, I like to read a lot of science. Contemporary science, like the arc of evolution of contemporary technology and the effects that has on how we are with each other, culturally. Technical stuff [like] Brian Greene, Neil deGrasse Tyson, Richard Feynman, David Abrams.” “Place, any place that I’m living.” “I have traditionally thought about ideas for my work from a micro and macro perspective. My day-to-day interactions with people, and then dense topics like string theory and the multiverse.”

He broke it down for me because my furrowed brow revealed my intellectual weakness regarding the multiverse (my worst nightmare of massive brain decay post-liberal arts college was coming true, I was so sad, sad and confused)

“I’m just trying to observe what’s happening right now and make sense of that in some way.”

I took a deep breath and let that settle.

“There are a few different ways that I experience the zeitgeist of our time. There are people existing as animals that have a connection directly to the natural world. There is critical thinking capacity and taking responsibility for what we are in a communal sense, and then there is how what we make affects both of those two states.”

Your work seems to portray a straining, as if the compositions are ripping apart, almost atom by atom. Do you agree with that perceived tension between the interior exploding into the exterior, vice versa?

“So, I would not say I’m a dystopic person in any way, though it seems like things are getting a little difficult and weird. We are living through a time where the amount of information that we are able to harvest has well surpassed the amount that any individual can saturate themselves with. It’s hard to make sense of things. There have been no social mores [with the rise of] virtual communication. There is a want to have these sorts of connections and take it all in stride, it’s a lot for one person, underlying all of it, it’s the struggle with the human condition today.

In your descriptions for “On Forward Momentum” and “Supervenience,” you asked the question, “Is there any sort of parallel between the substance of which human beings are made and the cultural interactions that they have?” How do you specifically define culture, especially in reference to your later statement, “our collective culture moves with a forward momentum that exists without memory.”

“I take culture to mean all the things we make, by-products of living in the world now, not just art, but everything. It’s the endless scroll. Signal/Noise. The amount of stuff that we are bombarded with any given day, there are so many things we have to filter through, our daily experience walking through the world.”

“A signal is something that has value and noise is everything outside of that.”

“How are we able to gather anything of value from this vast amount of information? It’s really thinking about that, we are living in a time where people say things or do things, we force each other to look at things. Those things…their half-life is so quick, it doesn’t matter if they have relevance or not, they get the same amount of attention. It’s like some cat .gif [aside] something powerful across the world. People didn’t used to be like that.”

“Everybody can publish anything they want, everyone is constantly a photographer. It’s just numbing, people don’t see it anymore. There is this guy, his name is Hubert Dreyfus, a professor at Berkeley. He has this book called “On The Internet” and he talks about this…People are growing more isolated despite that fact we are more easily able to communicate with one another. There are virtual interactions and actual interactions, we have to understand that there is a difference.” “I think a lot of people post anything that will validate them for a few minutes, the “likes” provide little dopamine rushes after refreshing [the page]. That need has always been a part of human interaction, but now it’s like we are addicted, but it’s not authentic or sincere.”

Even in “My Pretty Box” you seem to treat the mind/body as something that is consistently impressed upon by exterior forces, in this case, not being torn apart or fractured, but being “told,” when did you compose this series? Was it a launching pad of thought for other work?

“I was using the box metaphor as myself or any individual person. [There is] an understanding in meeting another person, or having a relationship with them…that there is an expanse of things about them you will never know. We are complicated little things, there’s only so much we can communicate through words, which are abstract, and gestures.” “This series was stream of consciousness drawing. I just sat on my belly with a jar of ink and I just like…spent three straight nights. I would come home and have a bottle of bourbon and draw until I slept. It was an exercise of letting my mind go. It opened up a lot. Artists train themselves to make one thing and make that one thing very well, and soon as someone wants that one thing, you better not change that one thing…I just wanted to lay on my belly and write for hours.”

I left his studio in The Mission feeling heavier with thoughts circling commodification, social media, evolving forms of validation, human relation, culture, signal/noise, string theory, the multiverse, the infinite scroll…to name a few, but it was a denseness and weight that I appreciated and infrequently receive.

Interview and Photography by Britt Goh

One thought on “Complicated Little Things” 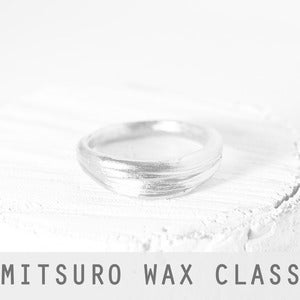